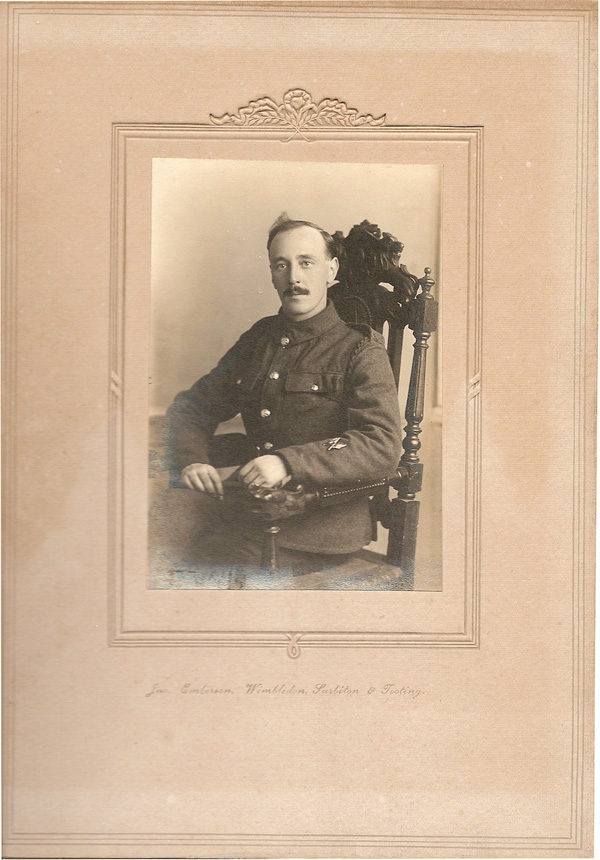 Information from the 1911 census
Alfred Newcombe, 17, worked as a grocer’s assistant and lived at 89 Priory Grove, where his family occupied four rooms. William Newcombe, his 42-year-old father, was a labourer from Wembworthy, North Devon; his mother, Betsy Eady, 43, was from Peterborough. Alfred’s sister, Maud Newcombe, 16, born in Clapham, worked in a factory.
Information from the William Alfred Newcombe’s family
Newcombe was born on 14 September 1893 at Queen Charlotte’s Hospital, Marylebone Road to Betsy Eady, a night light maker of 98 South Ville, off Wandsworth Road. Newcombe was born William Alfred Eady. His mother married William Newcombe on Christmas Day 1893 and he appears to have taken that name.
Newcombe was always known as ‘Alf’.
Previous Post
Walter Henry Nethercott
Next Post
Arthur John Newman