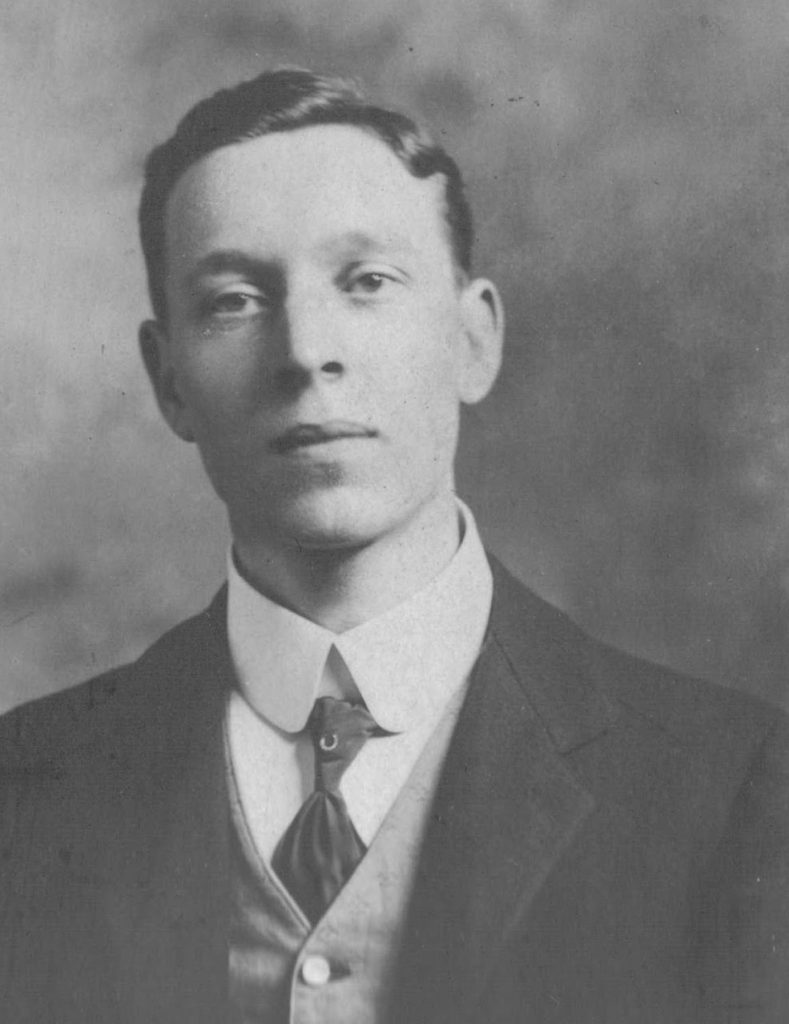 Arthur Ernest Homewood, who worked as a footman before he joined the army. Photo courtesy of Paul Wood. 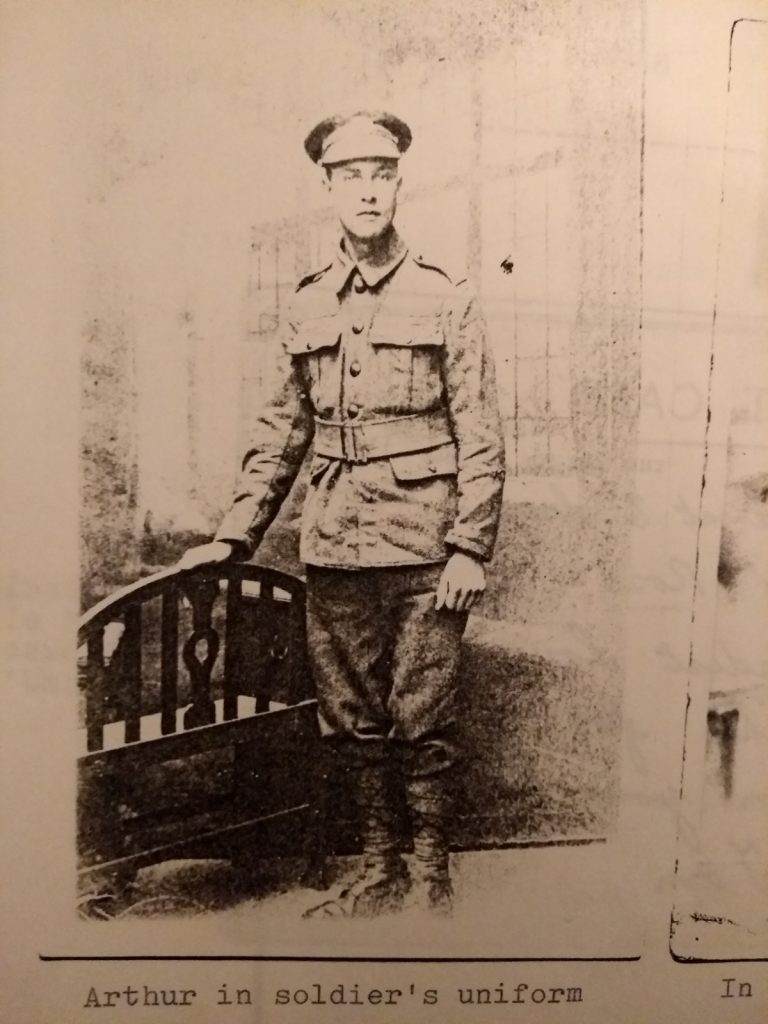 Arthur Ernest Homewood in uniform, from an album created by Arthur’s niece. He served as a batman. Photo courtesy of Jo Kercher. 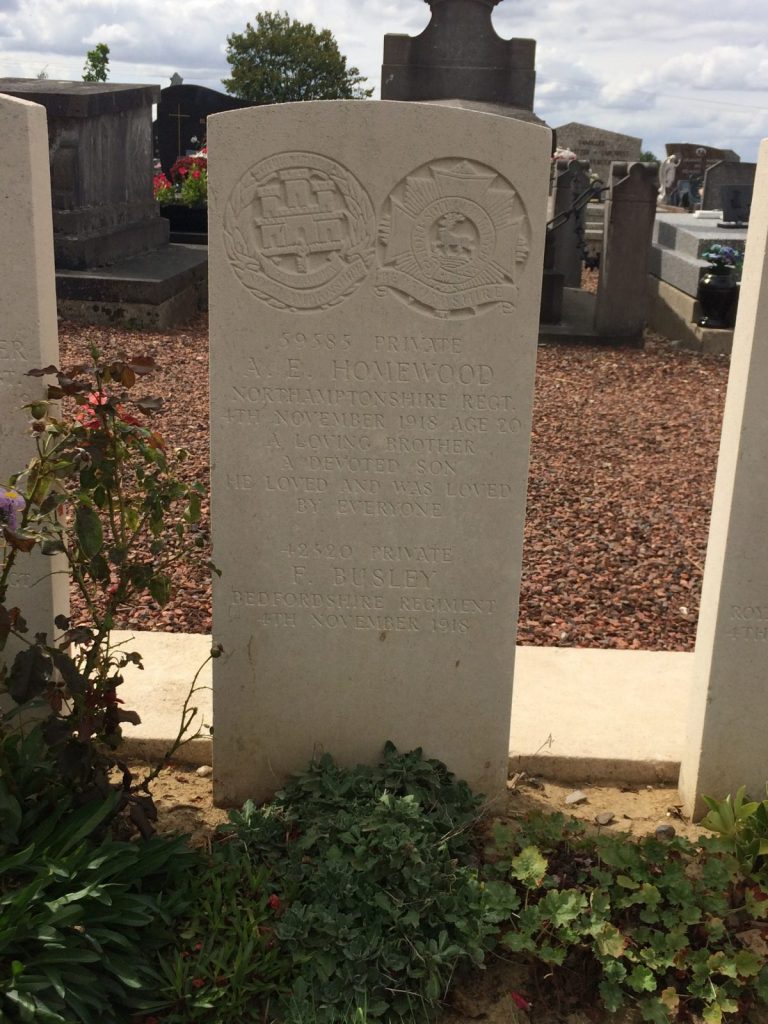 The inscription on Arthur Homewood’s gravestone reads ‘A loving brother, a devoted son. He loved and was loved by everyone.’ Photo courtesy of Paul Wood.

A. E. Homewood
Service no. 59585
Private, Northamptonshire Regiment, “B” Coy. 6th Battalion
Enlisted in Lambeth; lived in Lambeth
Killed in action, age 20, on 4 November 1918
CWGC: “Son of Eliza Ann Homewood, of South Lambeth, London, and the late John Homewood.”
Remembered at Preux-au-Bois Communal Cemetery, Nord, FranceInformation from the 1911 censusArthur Ernest Homewood, 13, who was at school and also working as a grocer’s errand boy, lived with his widowed mother at 18 Radnor Terrace, South Lambeth (now disappeared). The family occupied 4 rooms. Eliza Ann Homewood, 53, earned her living as a charwoman in private houses. She was born in Bermondsey. Her sons were:
John Edward Homewood, 22, a warehouseman in a government office
Thomas George Homewood, 16, a messenger for the “Army & Navy Auxiliary and Co-operative Stores”
Arthur Ernest Homewood, 13
All were born in South Lambeth.
Arthur was killed only seven days before the Armistice.

Arthur was my great-uncle (his brother William was my grandfather, who survived the war from 1914 through to 1918). When William went to the enlisting office he told them he was a footman and the officer in charge said he was taking him with him to France. He went the following day without basic training and served as a batman to a Captain Bird. William was from South Bermondsey also.