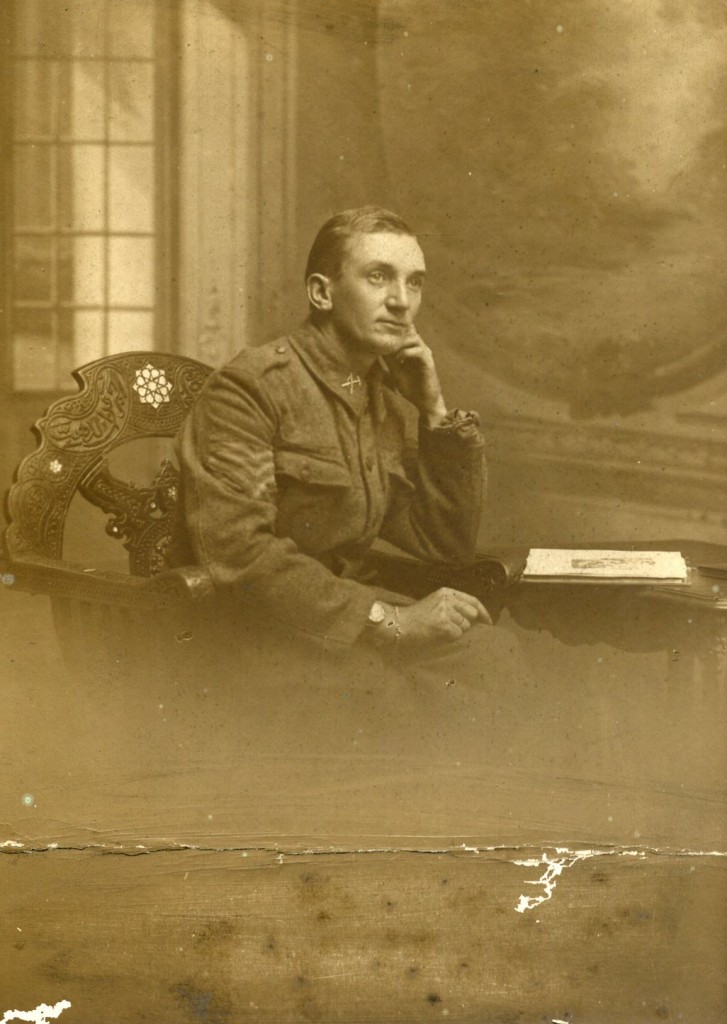 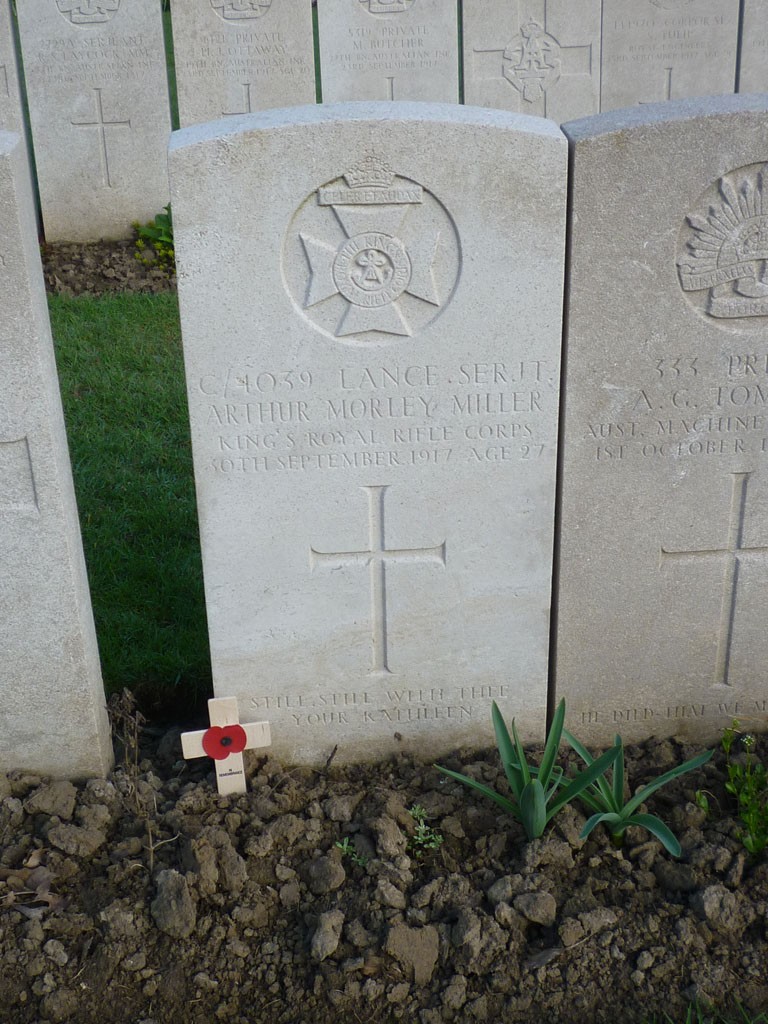 British Army WWI Service Records 1914-1920
Arthur Morley Miller joined the King’s Royal Rifle Corps at Battersea on 28 June 1915. He gave his address as 27 Courland Grove, Clapham and described himself as a clerk. The Army assessed him as being 5 feet 5 inches, with a 34½ inch chest which he could expand by 2½ inches. His one distinguishing mark was two moles under his left nipple.

He had no charges on his conduct form and by the time he died of wounds on 20 September 1917 he had risen to become Lance Serjeant. In October 1916 he was wounded and was sent back to England for treatment. At the London General Hospital at Poplar, east London, a doctor described the shrapnel wound to his left hand as a flesh wound with the bones not affected but the tendons exposed. He was discharged after three months and sent back to the front.

He must have had another period of leave because he married Kathleen Florence Cherrill on 16 February 1917. She later received his effects: a crucifix, 2 razors, a French book, letters, a religious book, a cap badge, dentures, diary, a wrist watch and strap, photos, a fountain pen and a whistle. When the Army sent Arthur’s medals, they described him as a Corporal. Florence wrote back: “Am sorry to note you have put Cpl. Miller on both my husband’s medals. He was a L. Sgt.”