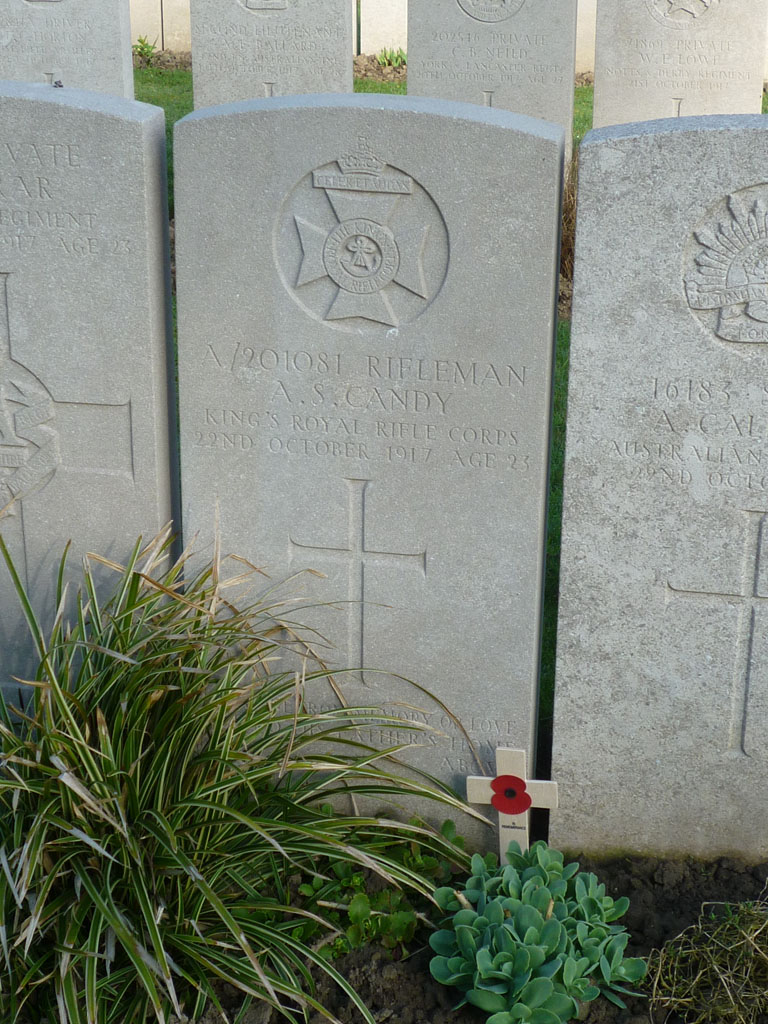 Arthur Sidney Candy. Photo © Marietta Crichton Stuart The headstone reads: “Not gone from memory or love, but to his father’s home above”

In 1911, the Candy family was living in 17 Trevelyan Road, Tooting, where they occupied 4 rooms. William Robert Candy, 67, was an out-of-work plasterer. He was born in Southampton. His wife, Amelia Sophia Candy, 59, was born in Lambeth. Charles James Candy, 23, was a printer’s labourer. Arthur Sidney Candy, 16, was apprenticed as a compositor; Lydia Amelia Candy, 33, was a tobacco weigher. All were born in Lambeth. William and Amelia had had 10 children, of whom 6 had survived.