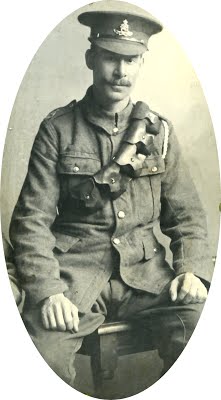 Charles Frederick Parker was born on 23 November 1884 at 95 Dunnetts Road, St Pauls, Deptford (later, on various censuses his birthplace is given as Peckham and Deptford). He was one of 10 children born to William James Parker, an engineer originally from Liverpool, and Elizabeth Emma Rutt from Southwark, south London.

William and Elizabeth married on 21 October 1871 at Christ Church, Blackfriars. In common with many families at the time, they moved frequently, probably following work around London.

We can trace their movements from the censuses: In 1881 they lived at 13 Upper Winchester Street in Islington; in 1891 they were at 115 Bridge Street, Greenwich; in 1901 they were at 31 Foreign Street, Camberwell and by 1911, aged 68 and 59, they were in Southend on Sea, living with two of their three surviving children.

On October 15 1905 William and Elizabeth’s son Charles, aged 20, and Daisy Laura Hales, 21, married at Christ Church, Blackfriars (the church where William and Elizabeth had married). Daisy’s address was given on the marriage certificate as 32 Collingwood Street (now Columbo Street)* and Charles was living at 48 Brunswick Street (off Stamford Street). Daisy was born in Highgate, the daughter of a journeyman baker, James Hales.

However, in 1901, according to the census, Daisy was living at 2 Redan Terrace, near Elam Street, on the Camberwell/Brixton borders*. Elam Road is adjacent to Foreign Street, where Charles Frederick Parker was living. It seems likely that this was when and where Charles and Daisy, who were both 16 in 1901, met. The 1901 census gives Charles’ occupation as “repairer of bicycle tyres”. 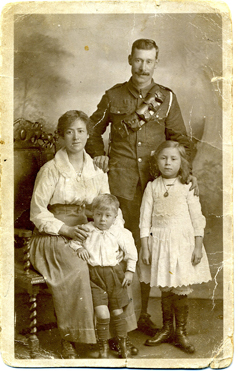 The picture of the Parker family was taken on 10 September 1916 and shows Charles in his uniform with Daisy and their two children, Elsie and William (Bill). Eighteen months later, Charles was dead.

The 1911 census shows that Charles and Daisy Parker were living in two rooms on the Blackfriars Peabody Estate (Block Q) with their daughter, Elsie Daisy Parker, then aged 2. Charles was working as an assistant stationary engineerman.

When Charles joined up he was employed by the London Hydraulic Company as an engineer. Before electricity became the primary source of power, heavy lifting was carried out using high pressure water piped underground. Probably its most famous application was to lift the bascules of Tower Bridge.

Charles enlisted in the Royal Field Artillery (Service no 2578) in Brixton before transferring to the 34th Company Machine Gun Corp (Infantry) as number 142427.

This faded picture, taken on 4 February 1917, shows Charles recovering from trench foot at The Cardiff Soldiers’ Rest, St Mary Street, Cardiff. Trench foot is caused by continuous immersion in water. If untreated, trench foot could turn gangrenous and result in amputation. The water table was often less than one metre below the surface and digging in, to avoid shells and bullets, often meant living in mud. Despite this, British commanding officers, unlike their German counterparts, refused to give up any ground, however unsuitable.

‘Operation Michael’, the momentous German counter-offensive known as the ‘Kaiser’s Battle’ (and sometimes as the Second Battle of the Somme, since to some extent it took place on the same territory), was launched along a 50-mile front at dawn on 21 March 1918, following a massive preliminary bombardment. The Germans broke the British lines in several places and the 34th Machine Gun Corps found itself virtually surrounded.

Charles Frederick Parker died that day. Unfortunately, his grave was among those which the Army Graves Service was unable to trace after the war and he is therefore commemorated on Bay 10 of the Arras Memorial, France. 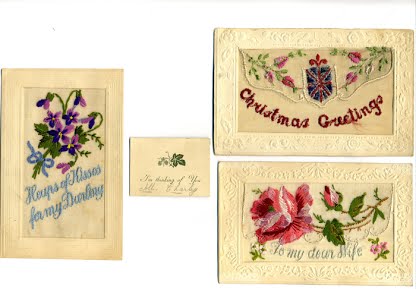 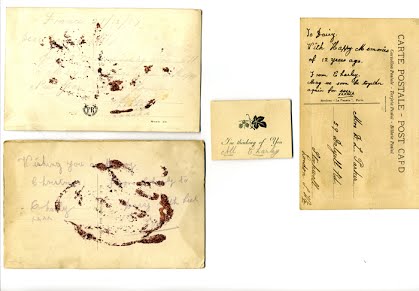 While away at the Front, Charles sent these beautiful postcards to his family. They are a poignant reminder of the contrast of worlds between the War and home life. While Charles was no doubt faced with unspeakable horrors he found time to send back these sweet and special greetings to his wife and young family. 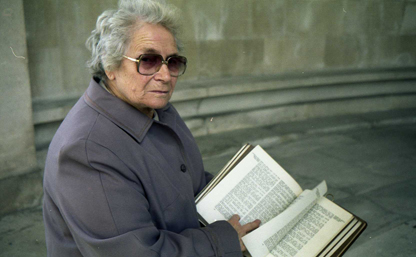 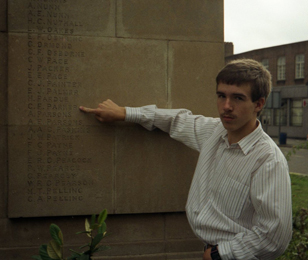 The families left behind

Many thanks to Ray Coleman for family information and use of material.
All family assets relating to Charles Parker are copyright Ray Coleman. All rights reserved.

* Collingwood Street was next to Christ Church, Blackfriars (behind the railings in the picture on the left), but has now been replaced by Columbo Street. The cottages have been replaced by a pub (the brick building in the engraving) and a sports centre. Elam Street survives but most of the surrounding streets do not, the area having been extensively redeveloped after World War II.

Many thanks to Ray Coleman for family information and use of material.
All family assets relating to Charles Parker are © Ray Coleman. All rights reserved.