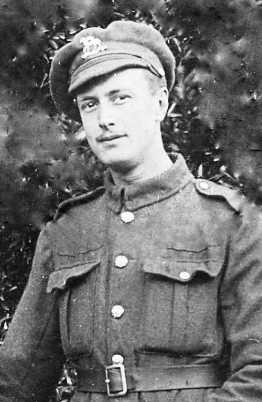 British Army Service Records 1914-1920
Edwin Collins joined up on 5 September 1914 and survived nearly to the end. He was admitted to 2 Can. General Hospital in Boulogne on 1 August with multiple bomb blast injuries including a factured skull. His condition was “dangerous,” says the record. He died the following day.

Edwin was unusually tall – 5 feet 11 inches – although not very broad. His chest measured only 37 inches with 2 inches expansion. His physical development was “good”.

Edwin was one of six children – 5 girls and a boy. His father, also called Edwin, lost his wife Frances in 1898 but remarried in about 1899.

Information from the 1911 census
Edwin William Collins was 19 in 1911, working as a railway porter, and living with his father, stepmother and sister in 6 rooms at 18 Elwell Road, Clapham (now disappeared). Edwin Collins, 61, was a retired policeman working as a “check-taker” at a theatre. He was born in Brenchley, Kent. His wife, Louisa, 53, to whom he had been married for 12 years was from Old Southgate (north London). Frances Maud Collins, 24, was a restaurant waitress. Like her brother she was born in Clapham.