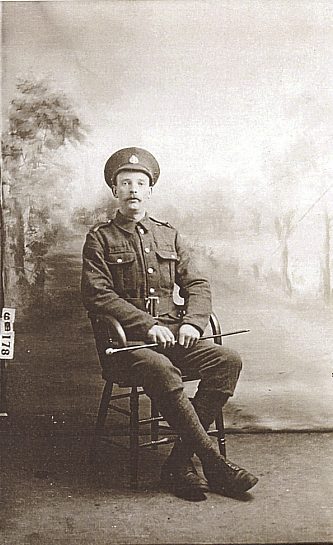 Information from the 1911 Census

In 1911 Frank Gibbins was 21 and living at 161 Hartington Road (just around the corner from Wilcox Road) with his parents William Gibbins, 57, a railway guard born in Sussex, and Charlotte Gibbins, 47, also born in Sussex. (The couple had had 5 children, 4 of whom survived.) Frank’s occupation is listed as railway porter. His brother Reginald Gibbins, 20, was a printer, and his sister Gertrude Gibbins, 16, was a domestic servant. The youngest, Horace Gibbins, at 12, was still at school. The children are listed as born in London.