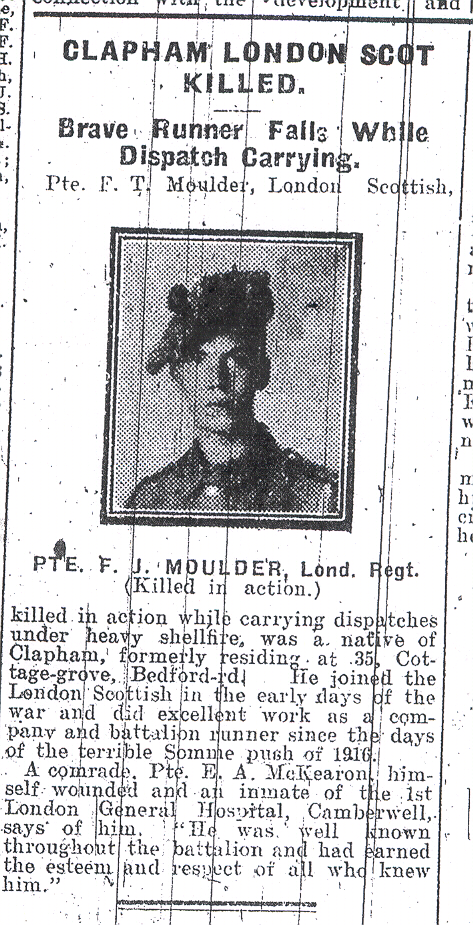 South London Press, 4 October 1918
CLAPHAM LONDON SCOT KILLED.
Brave Runner Falls While Dispatch Carrying
Pte. F. T. Moulder, London Scottish, killed in action while carrying dispatches under heavy shellfire, was a native of Clapham, formerly residing at 35, Cottage-grove, Bedford-rd. He joined the London Scottish in the early days of the war and did excellent work as a company and battalion runner since the days of the terrible Somme push of 1916.

A comrade, Pte, E. A. McKearon, himself wounded and an inmate of the 1st London General Hospital, Camberwell, says of him: “He was well known throughout the battalion and had earned the esteem and respect of all who knew him.”