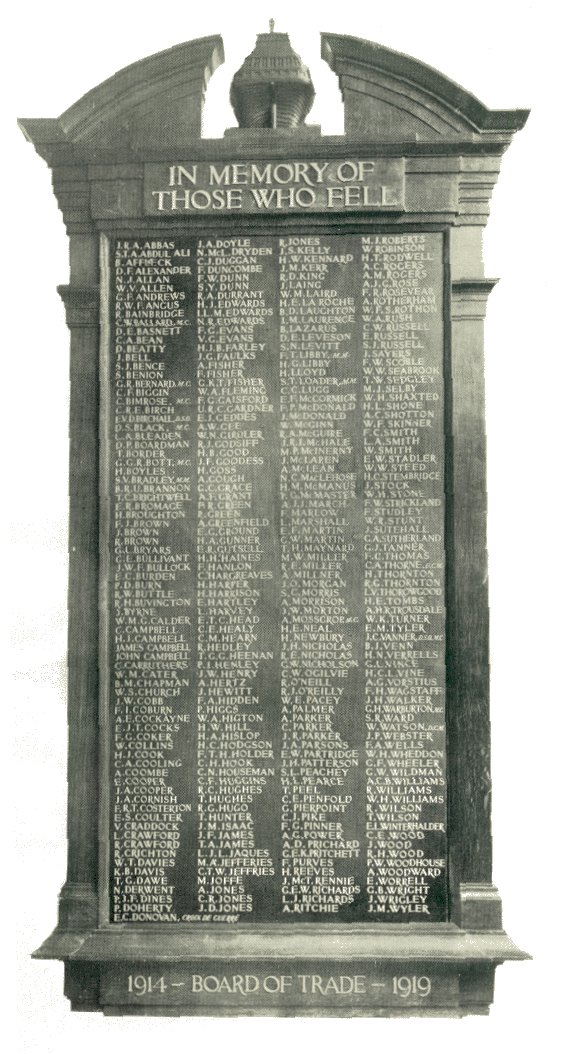 Information from BERR.gov.uk
(Department for Business, Enterprise and Regulatory Reform)

Before Frederick Marlow enlisted in the army, he was an abstractor in the Board of Trade – Labour Department (Central Office). He appears on a Board of Trade staff listed dated April 1913 as one of 47 Abstractors (New Class) in the Labour Exchanges and Unemployment Insurance Branch. The date of his appointment was 29 May 1912 (from when his pension accrued) and his salary was £45. He is remembered on the new war memorial plaque, unveiled in BERR’s headquarters at 1 Victoria Street, London SW1, on 11 November 2002, a replacement for a Roll of Honour to staff of the Board of Trade who fell in the First World War. (The original has been missing for many years.) Marlow is also commemorated on the Memorial to the Staff of the Ministry of Labour, now hanging in Caxton House, Tothill Street, London SW1.

British Army WWI Service Records 1914-1920
Frederick Marlow’s brother George also served in the Army (London Regiment, 15th Battalion). He described himself as a clerk at the Admiralty. The records show that he stood over 6 feet tall. He was discharged in late September 1918 as no longer physically fit for War Service (he suffered a gunshot wound to the left wrist).