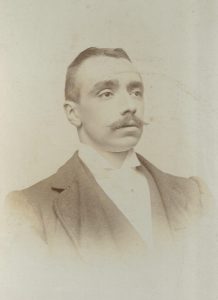 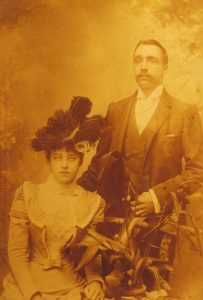 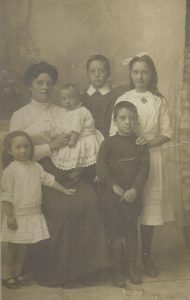 Emma McDowall with her five children

On 4 October 1900 George Robert McDowall, 27, the son of a labourer, married Emma Cecil Giffin, 21, at St. Andrew’s Church. He was a serving serjeant with the 2nd Dragoons.  In 1911 Emma is found living at 33 Nealdon Street, Stockwell, with her three children Flora May, 6 (born in Norwich), Robert Andrew, 4 (born in Glasgow), and George Leslie, 1 (born in Lambeth).

G. R. McDowall was my great grandfather on my mother’s side. The story of his death and the effects on his young family is tragic, yet I’m sure not uncommon to his generation.

GRM was killed on the front at Grenay, a mining village close to Lens. He left a wife, Emma, and five children: Flora, Robert, Dora, George Leslie (my grandfather) and Roy. Very soon after GRM’s death, Emma also died at the very young age of 37, leaving the children orphans. My grandfather and his younger brother were sent to a local orphanage as a result.