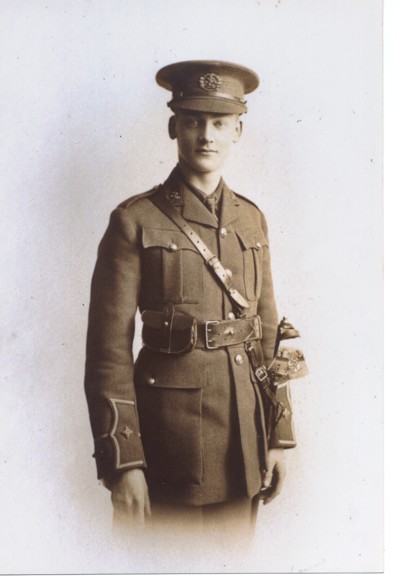 Giles Daunt. Photo by kind permission of Will Daunt

On 20 August 1914 Giles Vellacott Daunt, aged 18 and working as a clerk, joined the Royal Fusiliers as a Signaller. He was almost immediately offered a commission in the South Lancashires (with whom his brother Conrad also served). Quite apart from his middle-class background – he was a son of the physician and surgeon Francis Eldon Horsford Daunt – he must have looked the part. Six feet tall, over 11 stone and with a 41-inch chest, blue eyes and fair hair.

In February 1916 Daunt embarked on the H.M.S. Ionic, headed for Port Said, Egypt and then Basra, Iraq. He was reported missing in action on 9 April 1916. His death was later confirmed. A memorandum of 6 August states that his body was buried at Sanniyat.