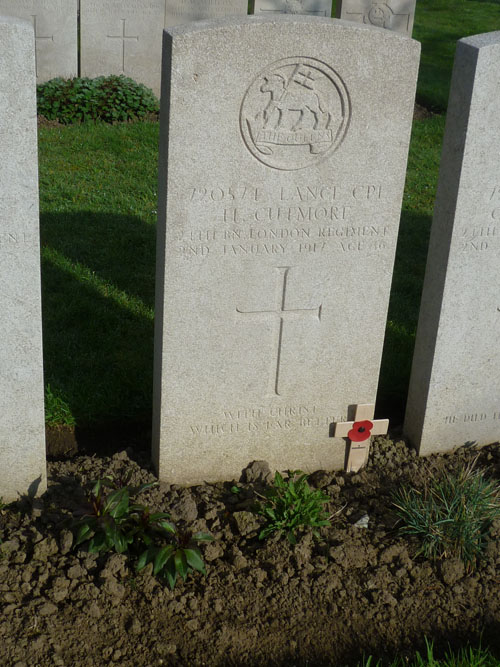 Like his father, Harry Cutmore was a house decorator. In 1911 he was living with his parents and siblings in a 9-roomed house at 13 St Martin’s Road. William Cutmore, 60, had a firm of house decorators and was married to Annie Cutmore, 61. They were both from Lambeth. Harry, then 31, worked in his father’s firm. His brother Horace Cutmore, 25, ran a greegrocers and his sister Ethel Annie Cutmore, 23, was a sorter for the G.P.O (General Post Office). Harry, Horace adn Ethel were born in Clapham. Winifred Maud Cutmore, 18, had no employment. She was born in Lambeth.