Harry Hunter, 22, was one of 5 children of Robert Hunter, 54, an organ builder born in Lambeth, and Ann Mercy Hunter, born in Stockwell. The family lived at 87 High Street, Clapham, where they had 9 rooms, with Ann Esther Hunter, 56, sister to Robert. The 5 children, all of whom were born in Clapham, were:
Alfred Robert Hunter, 25, and George Frederick Hunter, 22, organ builders like their father
Harry Hunter, 24, and Robert Moore Hunter, 19, clerks in the civil service
Mary Adeline Hunter, 14
Ada Ody, 26, a domestic servant born in Paddington, lived with the family. 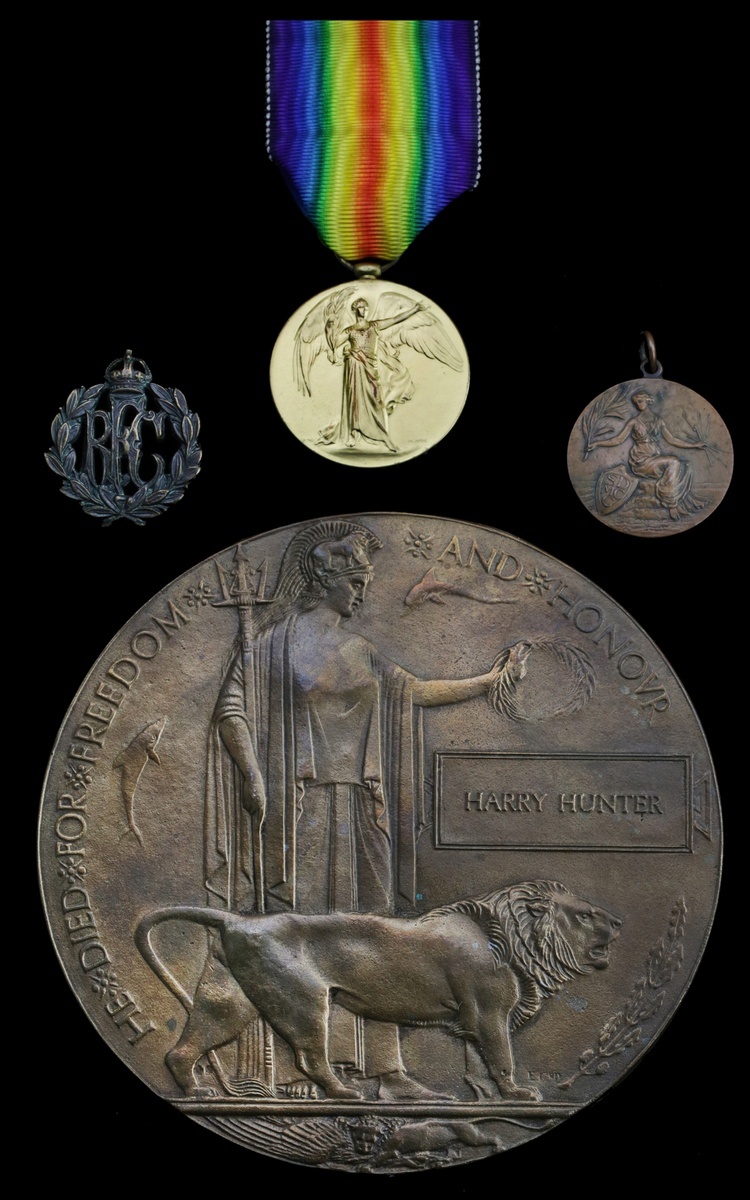 Information from The Saleroom

Harry Hunter was born in 1887, second son of Robert Hunter, an organ builder who lived at 87 High Street, Clapham, London. Pre-war he was a keen motorcyclist and was selected as a goalkeeper to play for Southampton F.C. during the 1913-14 season. Recorded as a Civil Service Clerk upon his initial enlistment in the 28th Battalion, London Regiment, he was commissioned 2nd Lieutenant in the Royal Flying Corps. Hunter died as a result of injuries suffered whilst serving with 1 Aeroplane Supply Depot on 5 November 1917, no doubt whilst delivering much-needed aircraft to the front lines. He is buried in the Wimereux Communal Cemetery, besides being commemorated upon the Stockwell War Memorial and at Holy Trinity, Clapham Common.

Hunter is recorded in All the Saints: A Complete Players’ Who’s Who of Southampton F.C. as one of 19 members of the Club to have died during the Great War; sold with the recipient’s Royal Flying Corps cap badge, a bronze Streatham Motorcycle Prize Medal, 30mm, engraved to the reverse, ‘Members Hill Climb. April 16th 1910. Class I. 2nd. H. Hunter,’ and copied MIC and research.