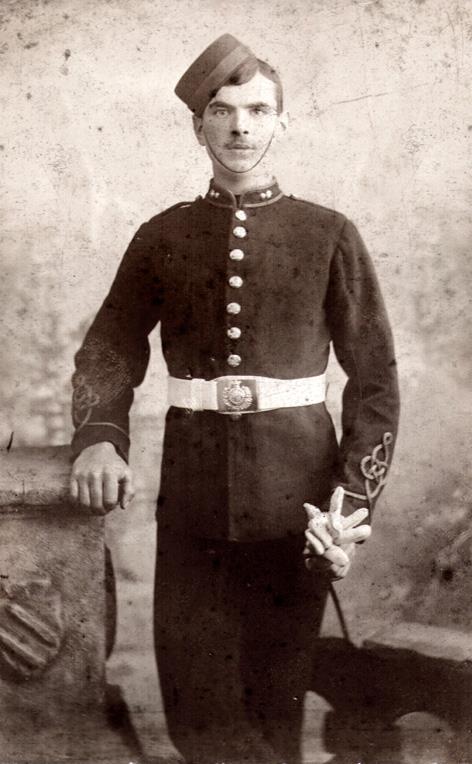 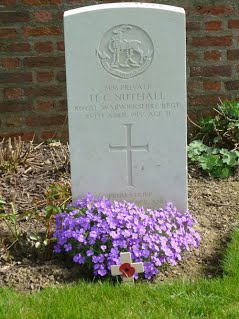 Herbert Charles Nuthall. Photo © Marietta Crichton Stuart. The headstone has the following inscription: “From strife to the peace and love of God” Marietta Crichton Stuart writes: “The cemetery is a fairly rare instance of a battlefield cemetery, originally called Cheddar Village, the Commanding Officer of the 2nd Bn Seaforth Highlanders later asked if the name could be changed to Seaforth as 100 of the 127 burials belonged to that Battalion. Herbert’s headstone was very clear and so must have been recently cut.”

Brian Denny, Herbert Charles Nuttall’s great-grandson, says he may have been a witness to the Christmas truce of 1914 and the first gas attack in April 1915, as his regiment was in the vicinity of both. Brian has written this beautiful song in memory of Nuthall.
http://youtu.be/4slLT8aC3sA