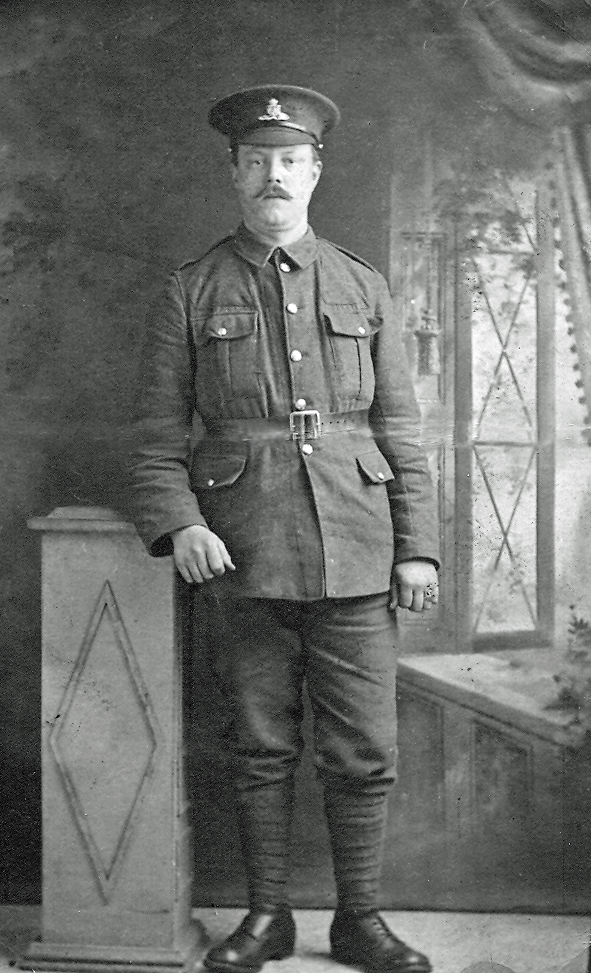 TURPIN, W. E., Gunner, R.G.A.
He joined in January 1917, and in the following May was sent to France, where he took part in the fighting at Bullecourt and Messines. Later he was transferred to Italy, where he was unfortunately killed in action on May 30th, 1918, and was buried at Montechiaro. He was entitled to the General Service and Victory Medals.
“Great deeds cannot die.”
15, Elwell Road, Clapham, S.W.4. 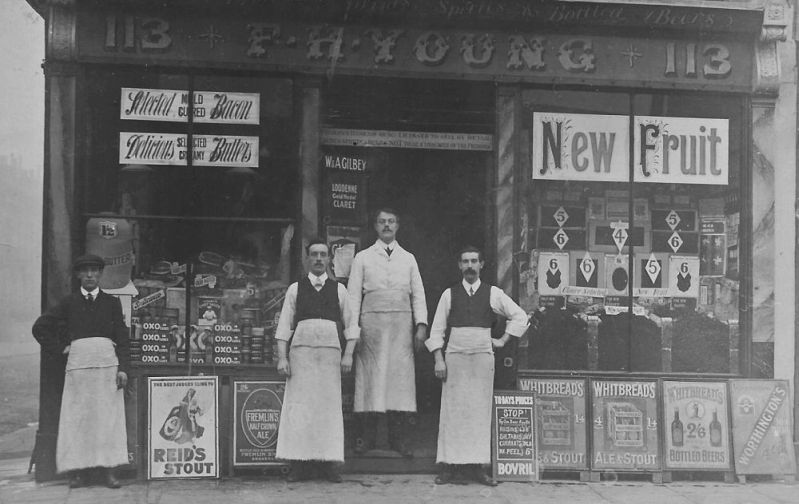 William Turpin (centre) at Young’s on Larkhall Lane, at the corner of Gaskell Street. Courtesy of George Cody.

In 1911 William Evan Turpin was a 25-year-old grocer’s assistant, living in three rooms at 15 Elwell Road, Clapham, with his wife Emma Turpin (née Guy), 25, from Wolverhampton, and their young son William Joseph Turpin, 11 months, born in Clapham.Meanwhile, his parents, Jesse Turpin, a 48-year-old bricklayer’s labourer from Little London, Essex, and Mary A. Turpin, 48, from Averayon, Cardiganshire, were living at 62 Paradise Road, Stockwell.

George Cody (Emma’s great nephew) adds: “Sadly William and Emma’s son Ernest Walter was also killed in action, in WW2, and is interred in a military cemetery also in Italy.” 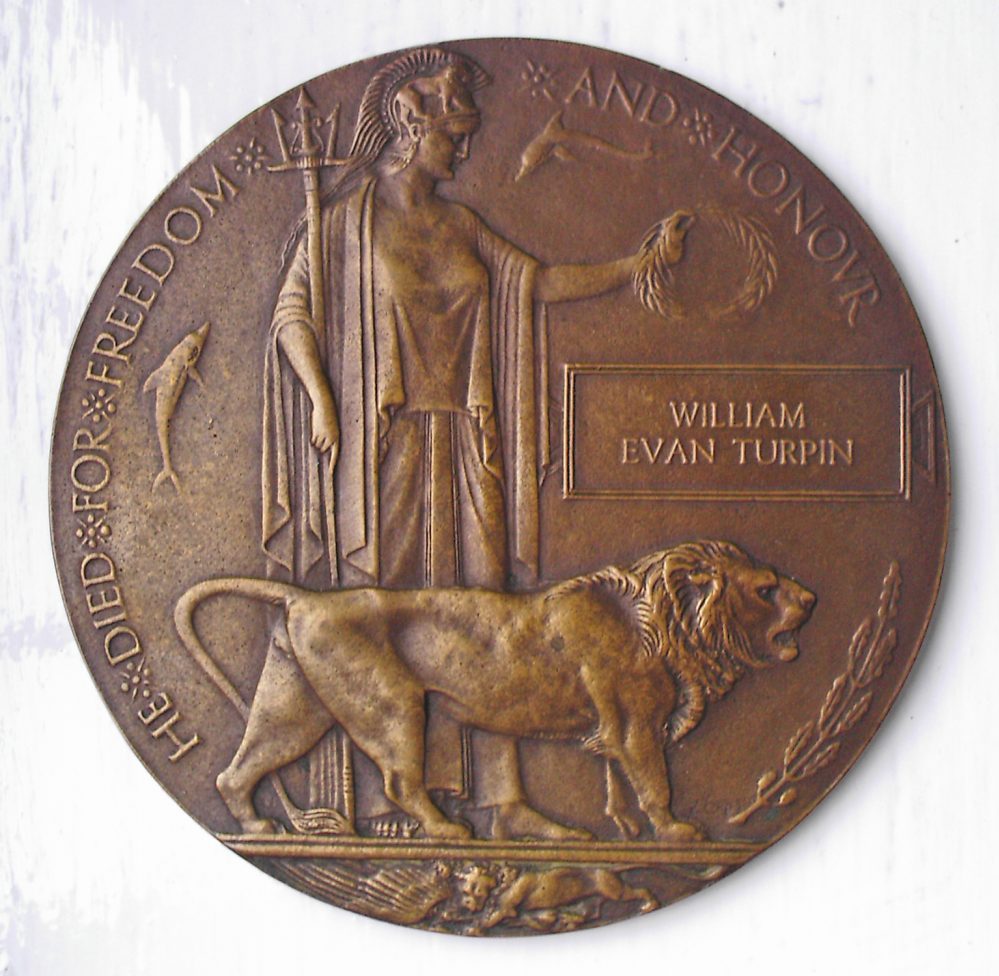 William Evan Turpins Memorial Plaque, issued to his widow Emma. The plaques were made of bronze and popularly known as the Dead Man’s Penny because of their similarity to penny coins. Courtesy of George Cody. 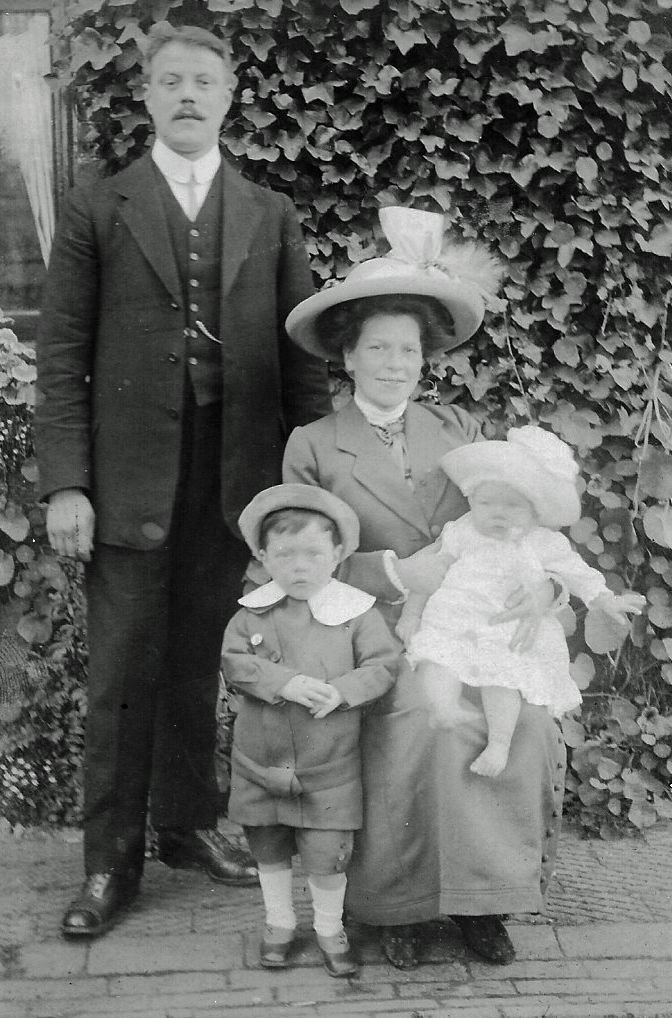 William Evan Turpin with Emma and their sons William and Ernest. Courtesy of George Cody.

We managed to grab this photo of the Cleaver Square Jubilee party this weekend, but if anyone has any other photos of Lambeth Jubilee parties, please send them to archives@lambeth.gov.uk . Thanks.

Friends of Stockwell War Memorial@stockwellWM·
30 May