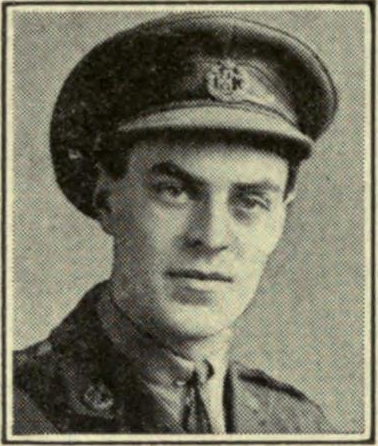 William Reginald Guy Pearson. Captain William Reginald Guy Pearson, R.A.F., accidentally killed at a Northern aerodrome, was the second son of Dr. and Mrs. Spencer Pearson, of Clapham Road, London S.W. An exceptionally skillful and careful pilot, he was officially credited with having brought down eleven enemy machines, and had been mentioned in despatches. From The War. Illustrated Album Deluxe: the story of the great European war told by camera, pen and pencil, by Sir John Alexander Hammerton. The Amalgamated Press, 1919.

From Flight, 4 July 1918
Capt. WILLIAM REGINALD GUY PEARSON, R.A.PV, who lost his life on June 20th at a Northern aerodrome owing to a collision in the air, in which Lieuts. McFarlane and Flynn were also killed, was the second son of Dr. and Mrs. Spencer Pearson, of Clapham Road, S.W. He was 21 years of age, and was educated at Ashdown Park and Berkhampsted, where his classical attainments promised a brilliant University career. At the outbreak of war he enlisted in the Empire Battalion, Royal Fusiliers, and later, receiving a commission in the A.S.C., proceeded to France in January, 1915. He very shortly afterwards joined the R.F.C. in France, and acted for several months as an artillery observer. Returning to England, he completed his training as a Scout pilot, and served in France in a fighting squadron for nearly a year, during which time he had over fifty encounters with enemy machines, and was officially credited with having brought down eleven German aeroplanes, many of them two-seaters. He became a flight commander and gained his captaincy, being mentioned in despatches. Capt. Pearson was a flying instructor at the time of his death, and was considered one of the most careful and skilful of pilots. 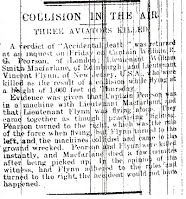 COLLISION IN THE AIR – THREE AVIATORS KILLED
A verdict of “Accidental death” was returned at an inquest on Friday on Captain William R. G. Pearson, of London, Lieutenant William Smith Macfarlane, of Edinburgh, and Lieutenant Vincent Flynn, of New Jersey, U.S.A., who were killed as a result of a collision while flying at a height of 1,000 feet on Thursday.

Evidence was given that Captain Pearson was in a machine with Lieutenant Macfarlane, and that Lieutenant Flynn was flying alone. They came together as though practising fighting. Pearson turned to the right, which was the rule of the force when flying, but Flynn turned to his left, and the machines collided and came to the ground wrecked. Pearson and Flynn were killed instantly and Macfarlane died a few minutes after being picked up. In the opinion of the witness, had Flynn adhered to the rules, and turned to the right, the accident would not have happened. 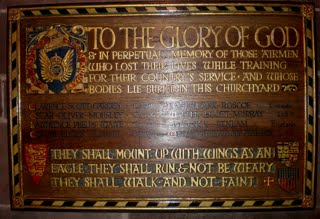 The wooden plaque inside the church at Eastham, St Mary, Cheshire, and the burial register from the church. Pearson is no. 995. Photo © Tracey Fisher

Pearson’s CWGC stone in the churchyard at Eastham, St Mary, Cheshire. The stone was put up in 2003 and is positioned at the foot of the grave. Photo © Tracey Fisher 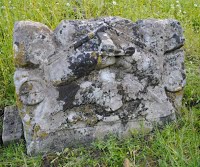 Pearson’s family headstone is at the head, and includes a representation of a biplane and the Royal Flying Corps logo. Photos © Tracey Fisher

According to a report in the Brixton Free Press, Pearson’s father, Dr. Reginald Spencer Pearson, who had played a major part in raising money for the Stockwell Memorial Committee, was too distressed to attend its unveiling in May 1922:

[A]  gentleman whose absence was the cause for general regret was Dr. Pearson, who had identified himself so much with the progress of  the movement, and who regards the memorial in the light of the tomb of his own dear son. But Dr. Pearson felt that he could not bear the strain which the ordeal of unveiling and dedicating this memorial would impose upon him.