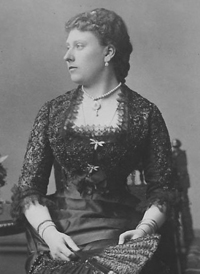 In April 1920 the Stockwell War Memorial Fund Committee received a boost when Princess Beatrice, a granddaughter of Queen Victoria, attended a bazaar held in Clapham Public Hall in the High Street. By this stage the design had been approved.

As part of the efforts to raise funds for the Stockwell War Memorial, a bazaar and sale was held in Clapham Public Hall, High-st., Clapham on Wednesday afternoon. The memorial is to be placed at the junction of Clapham-rd. and South Lambeth-rd., and a design has been approved.

Opening the bazaar, the Princess wished success to the Fund.

Mr. Purchase, proposing a vote of thanks to the Princess and to the Marchioness Townshend, said that the visit of the Princess was the first paid by Royalty to the borough for 17 years.

The Mayor seconded the vote of thanks, which was acknowledged.