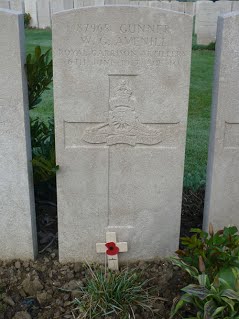 The early 20th century certainly had strong social conventions. For most, marriage came before children for most people, for instance. Many were regular church goers. Social classes were not immutable but were certainly more fixed than they are now. Sexual and social respectability was more important to one’s self-esteem.

However, it is a mistake to think that everyone stuck by society’s rules or that families always fitted into neat shapes, that people were any healthier than they are now or indeed that life was generally any “better” then.

Some of the brief biographies I have written on the men of the Stockwell Memorial and the St Mark’s Memorial point this up well. They are a mixed group: old, young, English, Scottish, of German parentage, Church of England, Jewish, Baptist, middle-class, manual workers, tall, short, wide, puny. Not only that, they were not universally “good” or well-behaved. Ernest Bailey was repeatedly punished for absences. Henry Alfred Styles was so troubled he blew his brains out at the trenches. Seasoned soldier Harry Nixon was treated for syphilis.

The physical state of these young men is apparently from reading the stories. Many of the men were under 5 feet 5 inches and 120 pounds. George Avenill was an exception – his record brings to mind a well-made fit man, 37 when he signed up on 27 May 1916. He stood 5 feet 8¾ inches tall, with a 37½ chest (with 2½ inches expansion). His tattoos were noted: an eagle on his left forearm and a tea rose plant on his left. 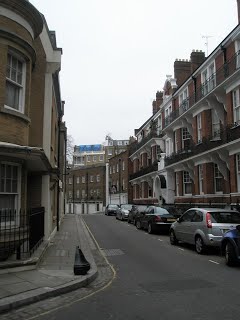 He left behind a job as head porter at Cadogan Court Gardens (on the right in the picture), Sloane Square, London SW3, and a wife, Edith Elizabeth Avenill (nee Robinson), formerly of 141 Sidney Street, King’s Road, Chelsea. Edith Elizabeth Robinson – 30 when she married Avenill at St Anne’s Church, South Lambeth Road on 8 June 1912 – was a manageress. Avenill was then living at 52 St Agnes Place, London SE11.

Avenill had served 12 years (1896 to 1908) with the Royal Marine Artillery, so he must have known the score, but this did not help his disciplinary record. While in England he transgressed several times. An unknown crime noted on 17 January 1917 led to a forfeit of pay. His absence from 13 to 22 February 1917 was punished with 168 hours in detention and 10 days loss of pay. He lost another 10 days’ pay and was given 120 hours detention on 26 February. We cannot know what caused him to be so erratic. However, in the records the name of his wife as next of kin has been scored through and his mother’s written in the space.

The next we know about Avenill is he is posted on 19 March 1917, transferred to the Wessex Heavy Battery on 2 May and dangerously wounded on 5 June. He died the following day at the 10 Ambulance. He was 40.

The Army set about contacting his widow. A note in the record says: “From Police. 11/6/17 No trace of Mrs. Edith Avenill.”

Then another note: “Miss V. Broughton, 3-0 Block, Sutton Buildings, Chelsea SW states she was living with Pvt Avenill since Oct 1916 and that he was married and wife died on 5 Dec. She was supported by him and was known as Mrs Avenill. Asks for his case to be enquired into.”

It seems that Avenill had been carrying on while his wife was still alive.

The 1911 census has two women who could fit “V. Broughton,” the most likely being Violet Broughton, a 20-year-old servant from Plumstead who was then working (and living) at an old people’s home at 34 Nottingham Place, Marylebone.

We will never know the outcome of the Army’s enquiry into the status of Miss Broughton.

Poor Mrs Avenill. In 1921 Mrs. Avenill received William’s medals. She wrote on the receipt that she carefully sent back to the War Office: “War medals with very grateful thanks.” There is something poignant about her emphatic gratitude – for she had very little left. The Army pension claim form (W5080) of 1919 provides a simple outline of the shape of her family. William was dead, of course, and another, 43-year-old mother-of-four Edith Brewer, was in a mental asylum in Portsmouth and had been at least since 1911 (she can be found on the census there). There was no one else.

Avenill’s file shows that not all families were standard. Avenill’s biography – with his military misdemeanours, his mentally ill sister, and his ill-fated wife and needy mistress – did not fit a the usual pattern of respectability and order. Life was ever thus.
Information from the 1911 census
The 1911 census shows a William George Avenill, 33, at 53 Hartington Road, London SW8, out of employment and living with his parents and sister. He was born in Lambeth.

The family included Henry Avenill, 65, a street sweeper born in Lambeth; Jane Charlotte Avenill, 58, widowed by the time her son William was killed in 1917, born in St Luke’s; and Annie Deverill, 40, described as “daughter” (born before her parents married, so possibly illegitimate at the time or the product of Henry’s previous relationship), who worked as a laundry hand.
© Photo copyright Basher Eyre and licensed for reuse under this Creative Commons Licence